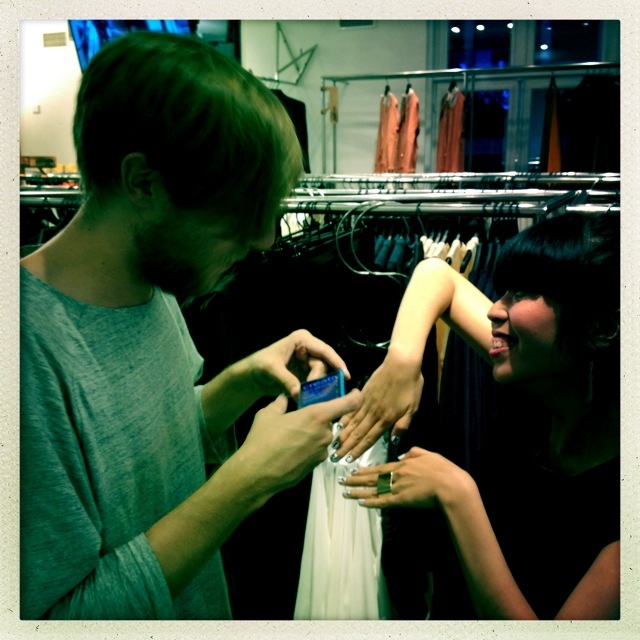 Me showing off my Weekday nails to Mark at Weekday’s opening party last month in Amsterdam. A full recap will be online at the Arts Holland blog soon, when we launch our new website! Stay tuned. 🙂

On a roof and under a bridge

Where does your garden grow? On a roof, and under a bridge.

Last Friday was Roof Garden Arnhem’s opening – Arnhem’s summer hangout of the century. Roof Garden is an initiative of As We Speak + Belhamels to transform the top floor of a parking garage into an open space where people can relax and have fun – there is a bar, a coffee corner, a jacuzzi, wooden crates, sunning chairs, a viewing deck and green plants all over. SUPER FUN!

It reminded me of Trädgården in Stockholm, me and my friends’ (and everyone’s) favorite hangout during the summer. Located under the bridge, you can’t help but smile the moment you enter the labyrinthine summer party garden. It’s the vibe of the place that makes you feel so good – everyone is just so happy there. Video installations and Nintendo games, ice cream carts and indie pop gigs, sofas and ping pong tables, dazzling people and dancefloors. I think of Trädgården all year long, even when I’m not in Stockholm and even in the middle of winter. It is place where a lot of my happy memories are stored: hazy summer moments of playing ping pong to catch someone’s eye, sitting on top of elevated crates gazing across the dancefloor, dancing with Suzy and Carol and the rest of the gang, laughing my heart out. The apple ciders and the midnight sun.

I can’t help but experience a future deja vu! Trädgården followed me to where I am now- this time in the form of a skyline sensation. (“Joy moves always to new locations, the ease of its flow never freezing” – says Rumi, my favorite 8th Century poet whose wisdom keeps popping up with every turn of my modern life. One of my best friends Bituin wrote that line on a birthday card she gave me when I was a teenager. I never forgot about it.)

Here are my very first pictures of Roof Garden Arnhem, so in the future I can look back and say “Oh this was the very beginning of that golden summer!” Here we come, fantastic memories! 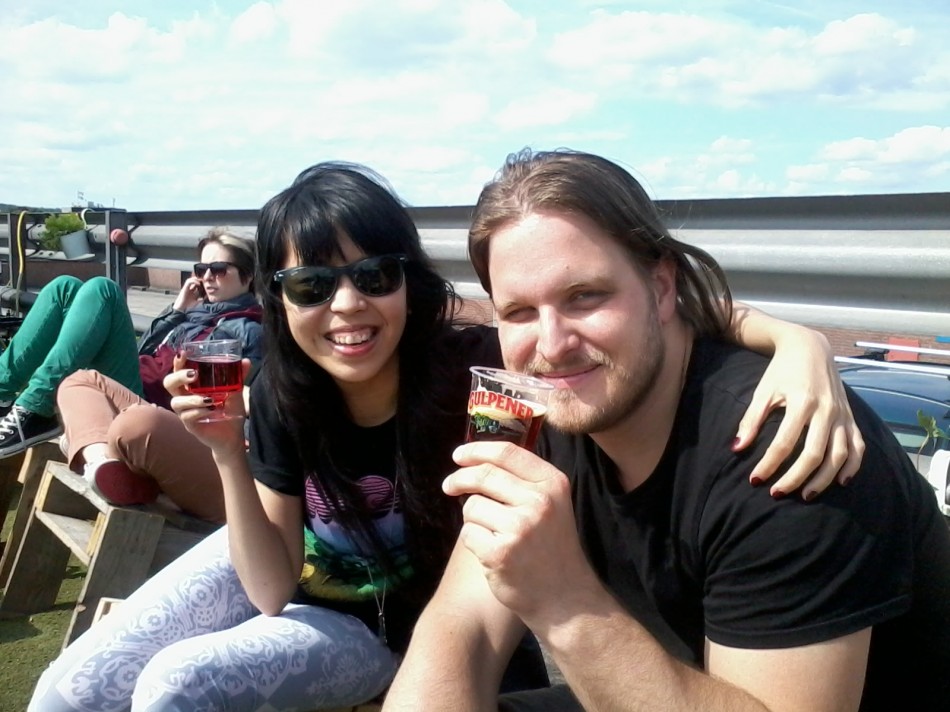 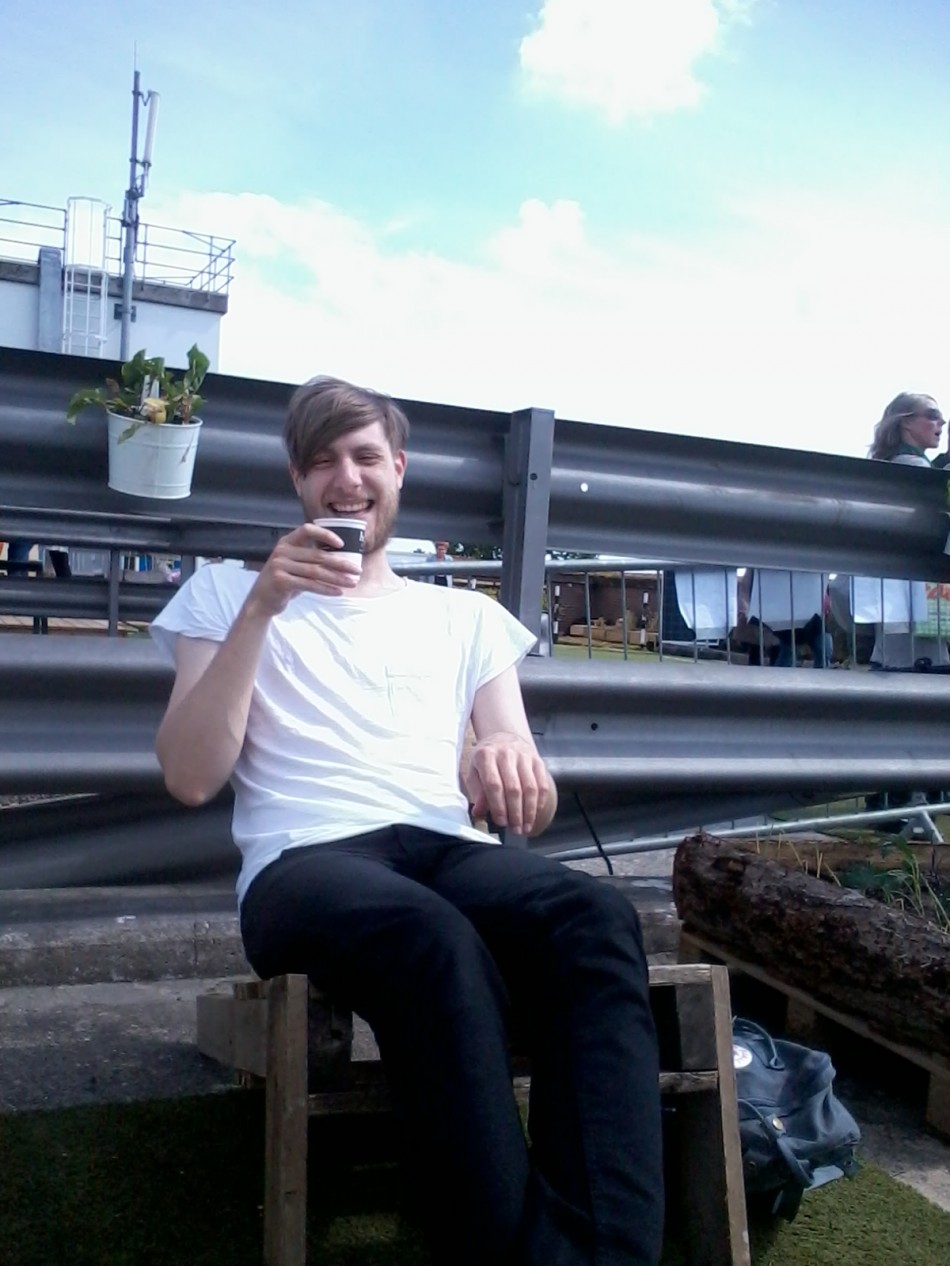 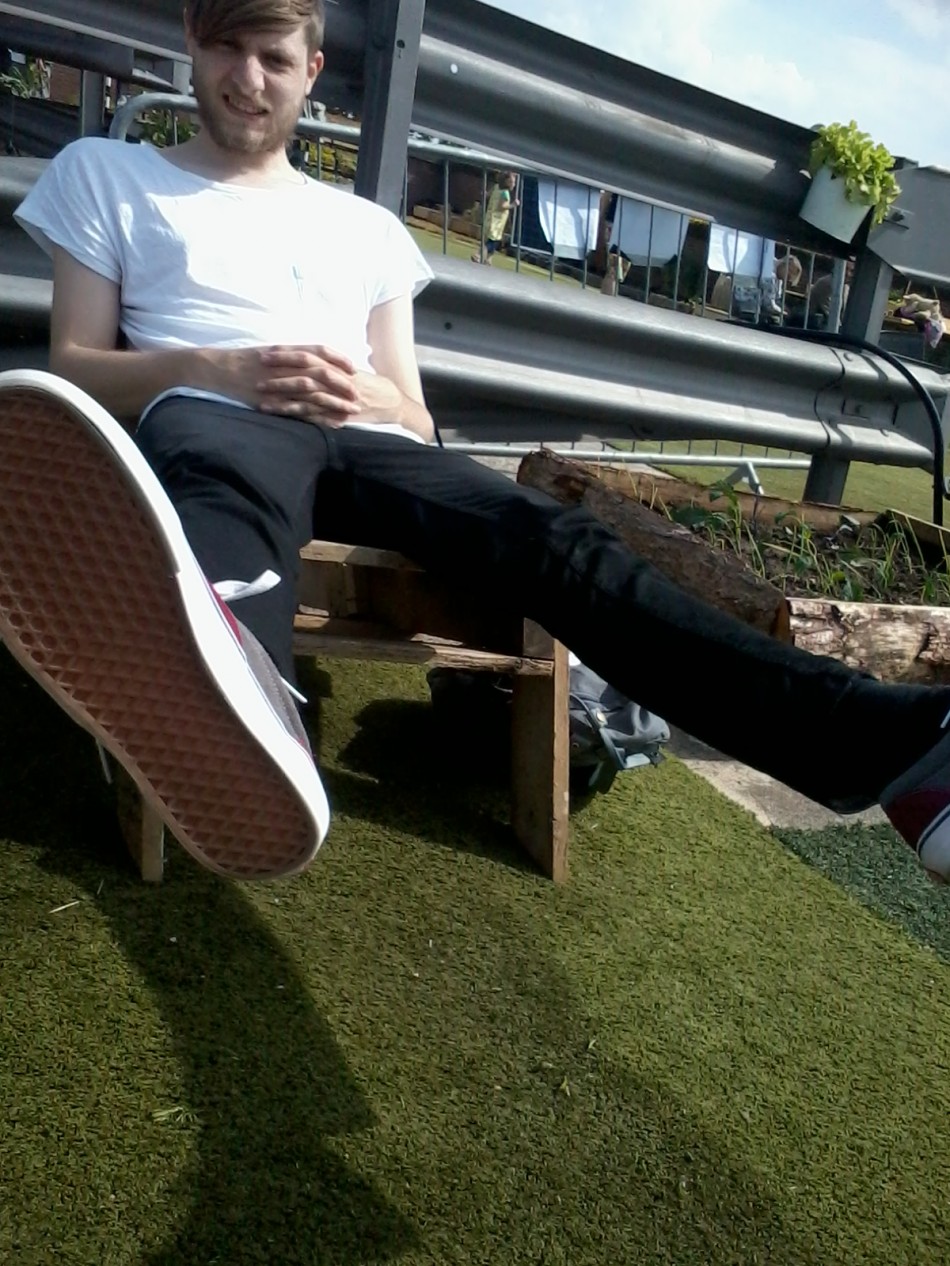 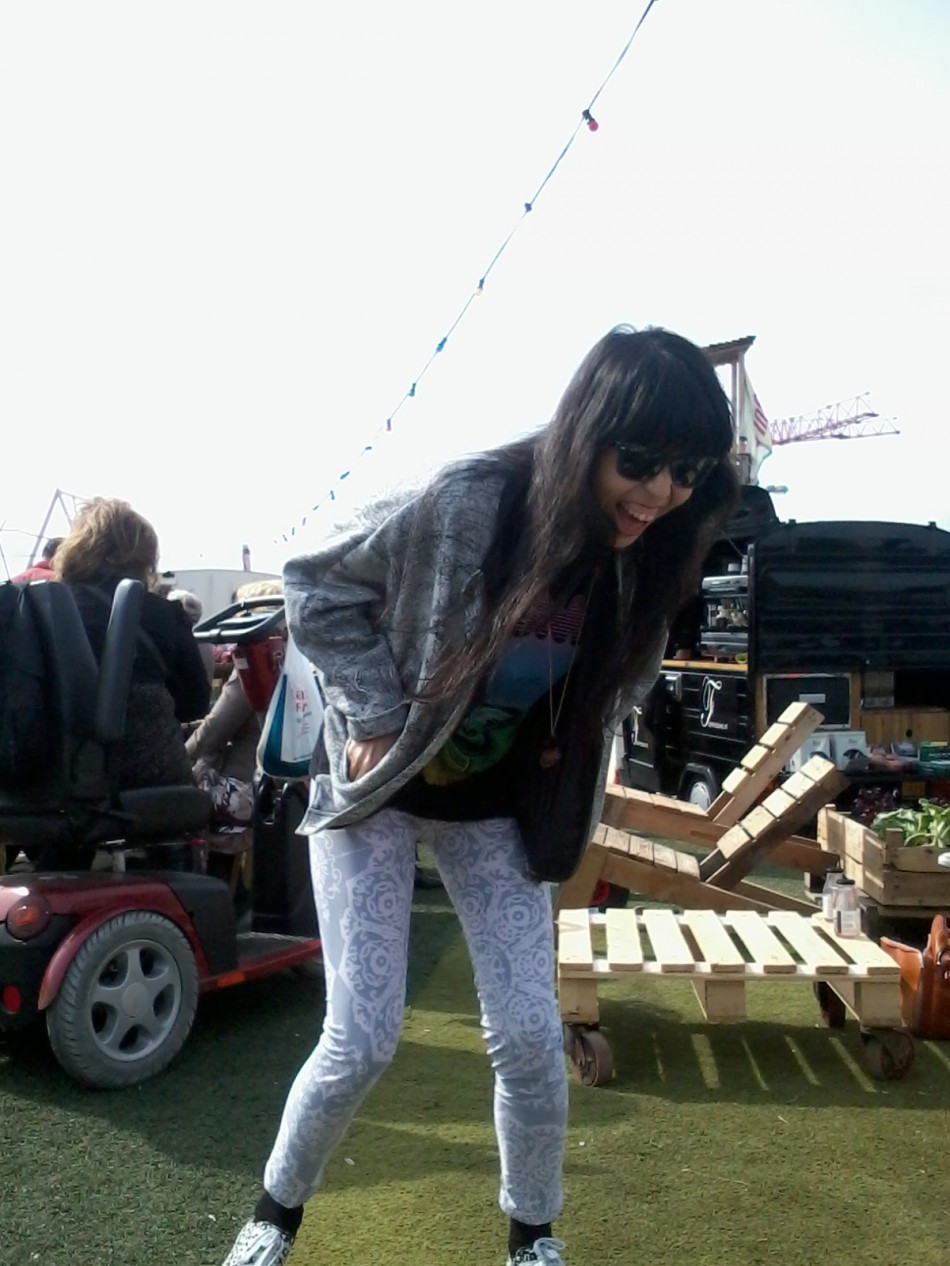 Where does your garden grow? On a roof and under a bridge. Cheers to past, present and future special places! 🙂

Dream Sequence 1.
Helene and Anton Müller, wild at heart. Someday, we will be patrons of the arts. A very nice architect friend of ours will build our own art nouveau hunting lodge, decorated with paintings of the Munch and van der Lecks of our time (who will also be our friends). 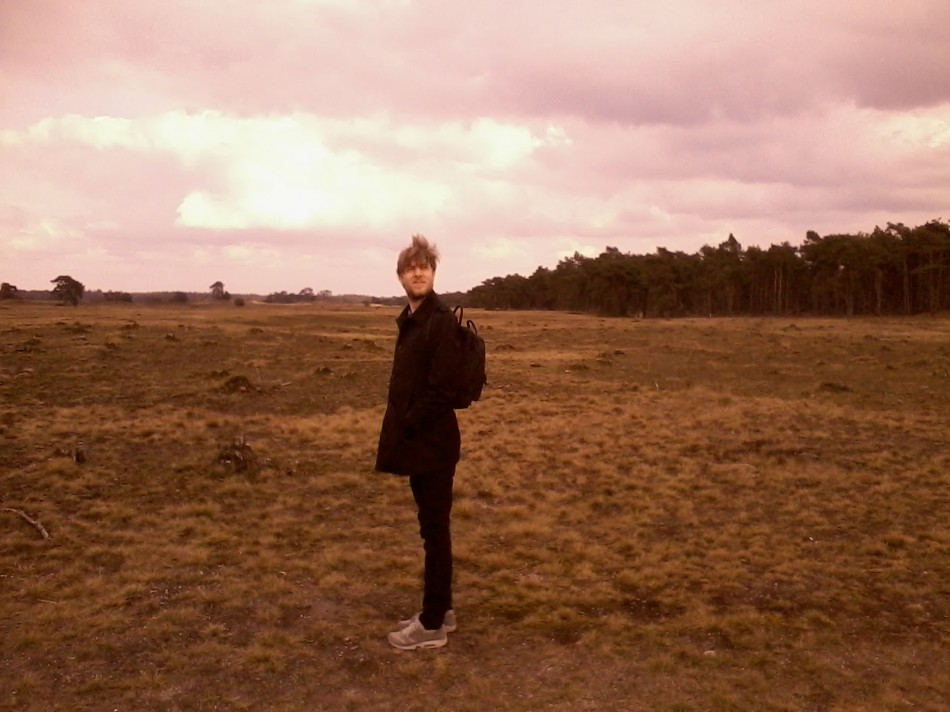 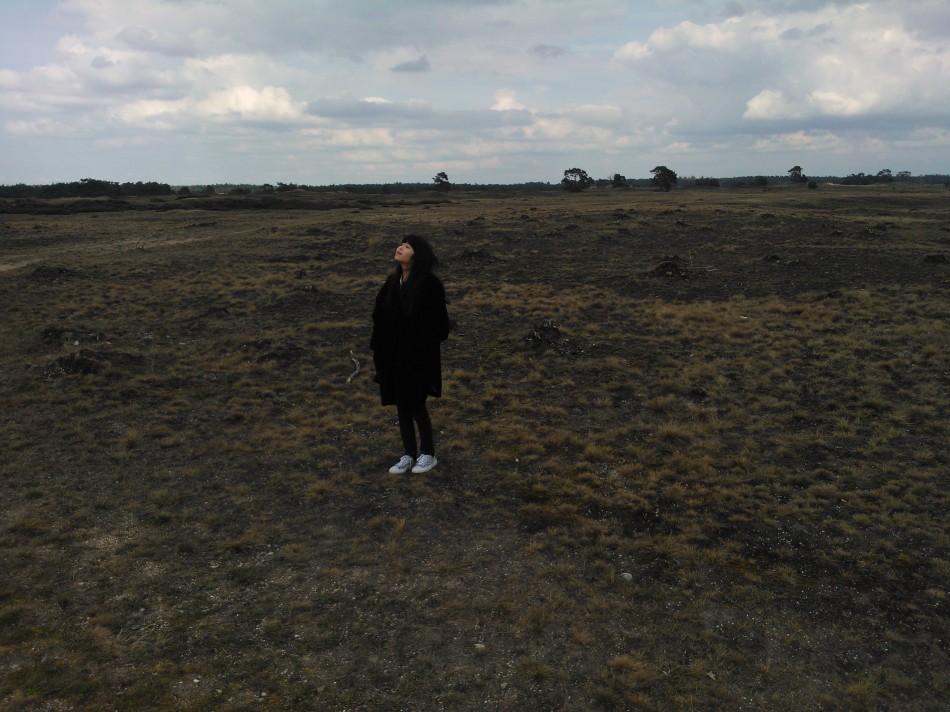 Dream Sequence 2.
Face to face to face with Mondriaan, van der Leck and the new flowers of Van Gogh. 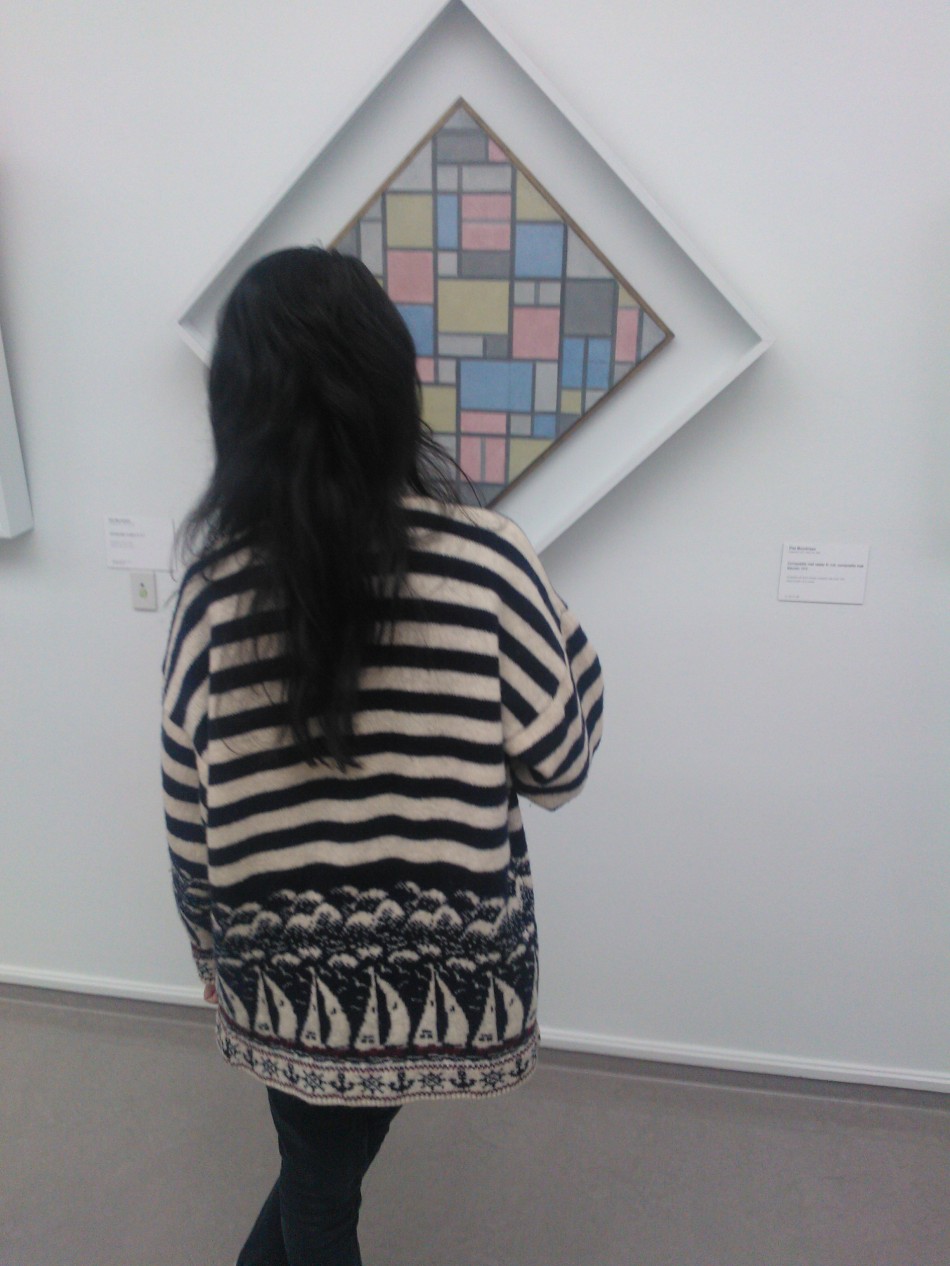 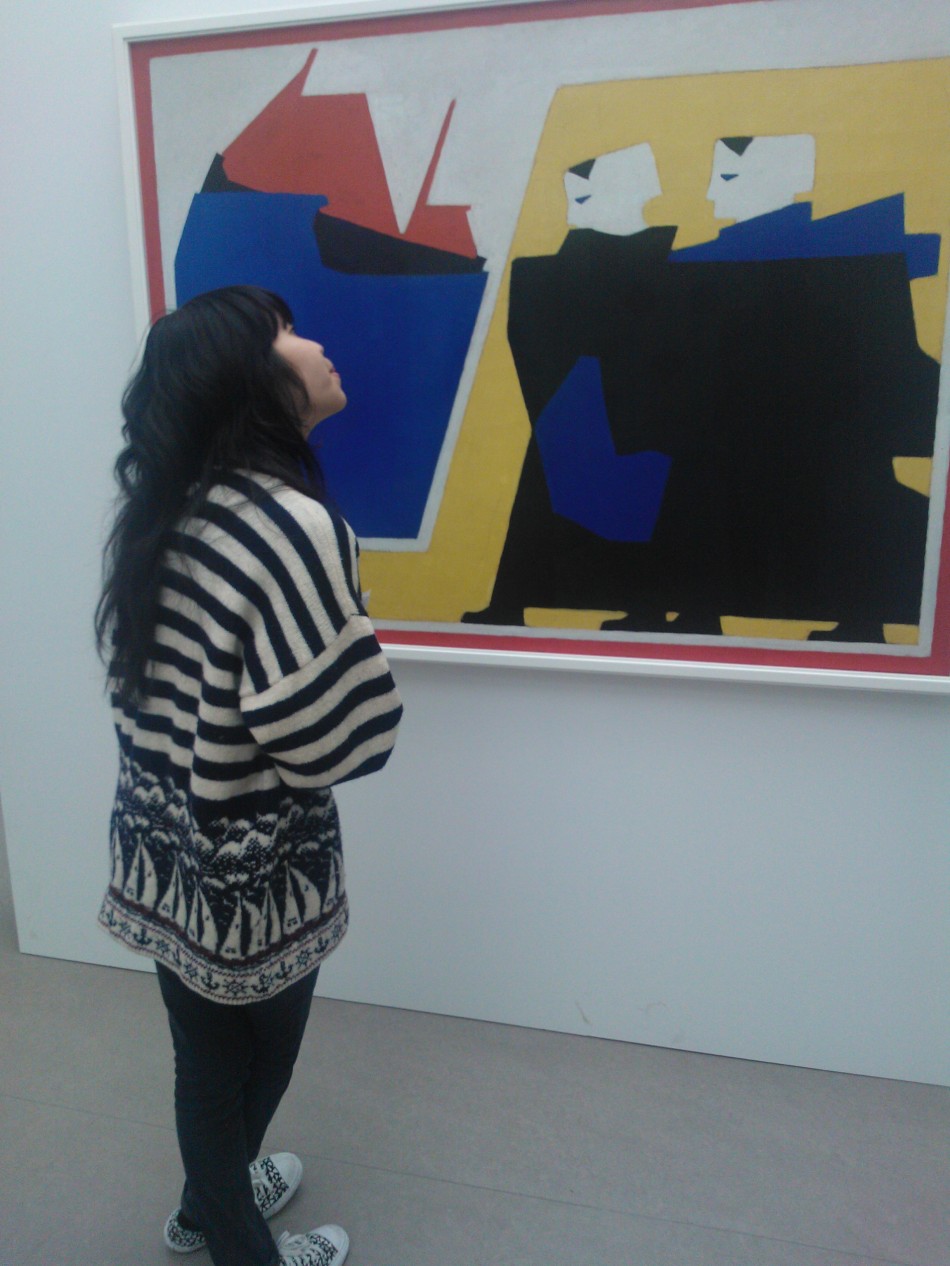 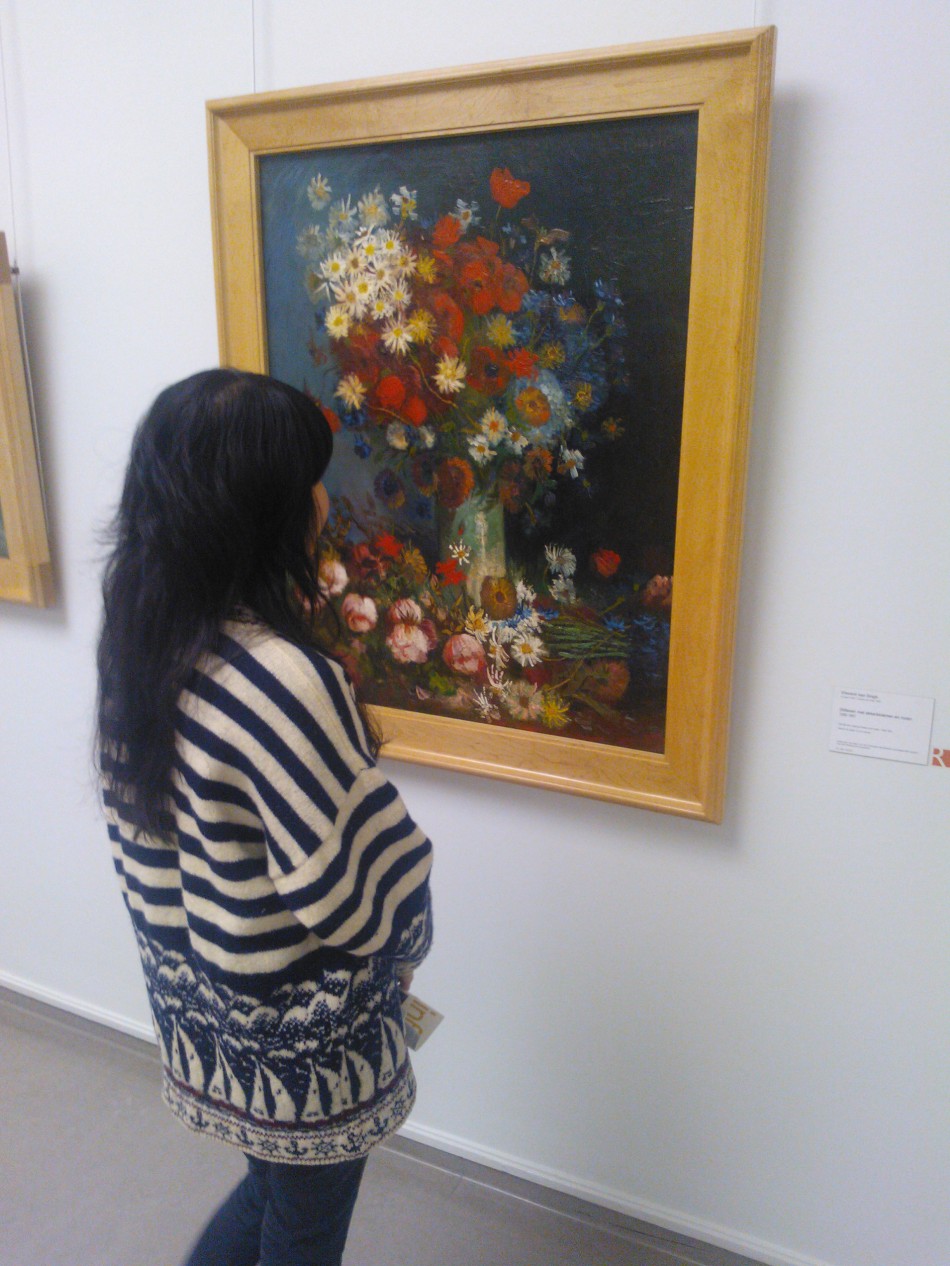 Dream Sequence 3.
Getting lost in the sculpture garden, in pursuit of the elusive coffee tent in the middle of the woods. 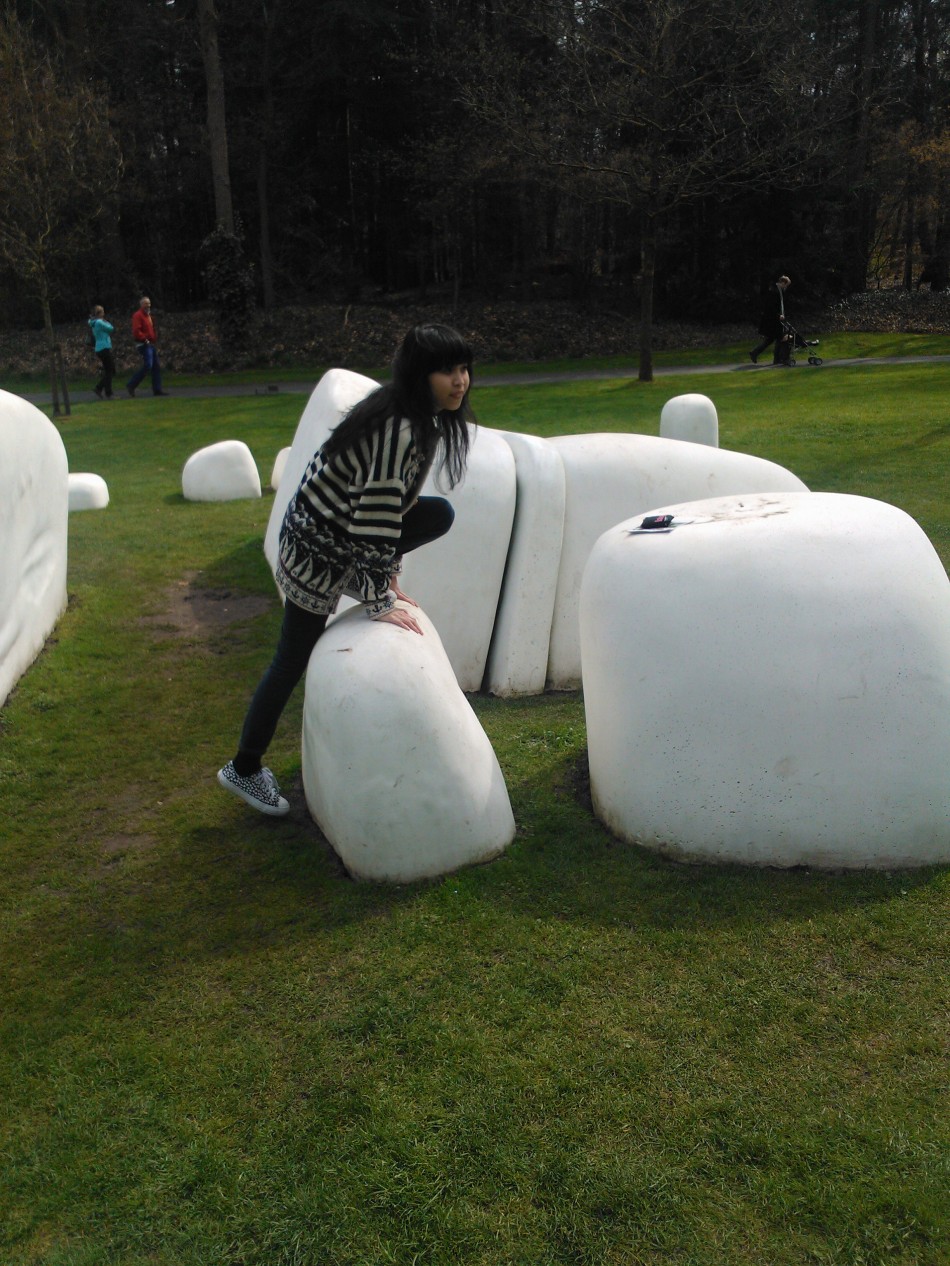 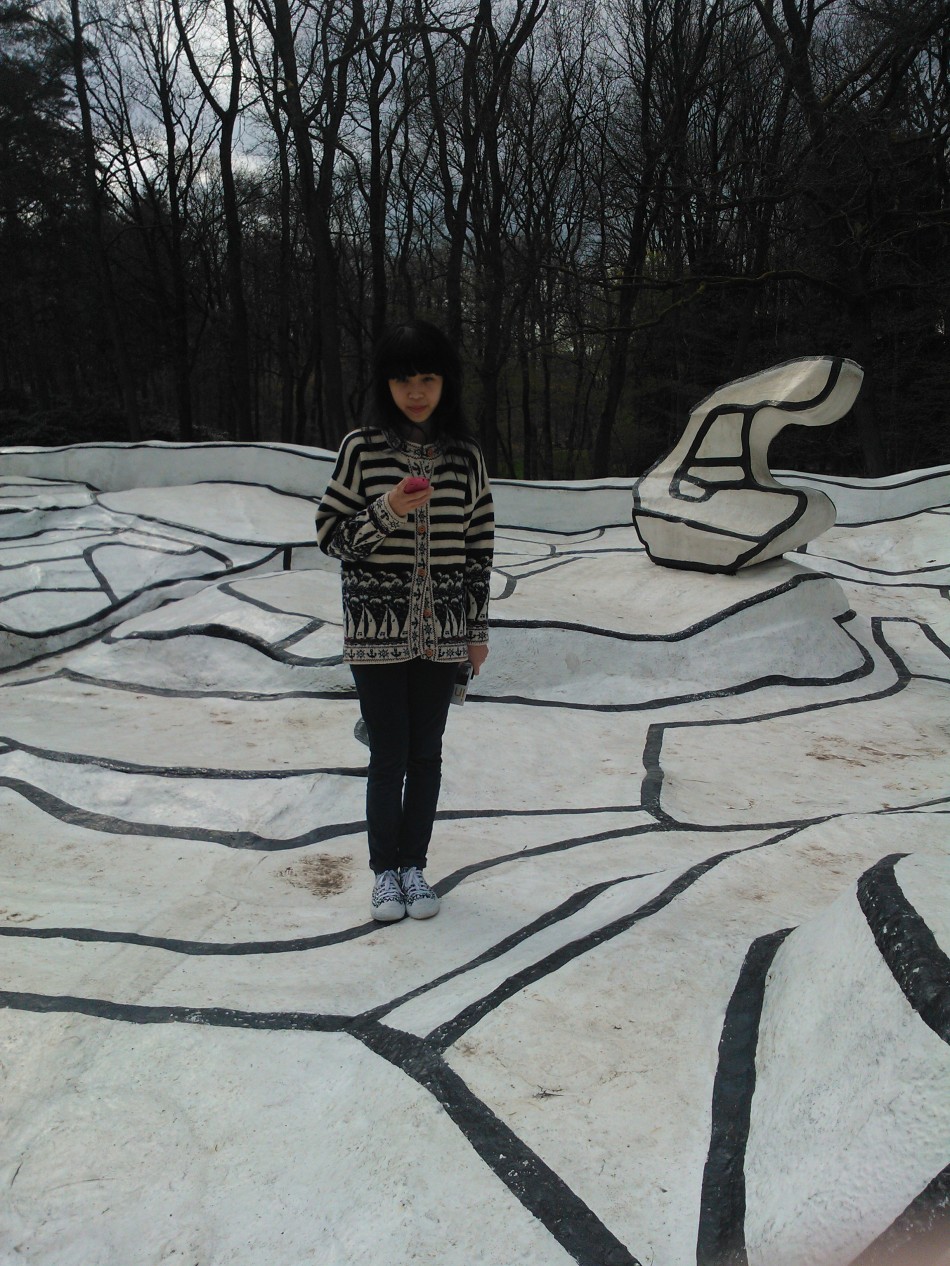 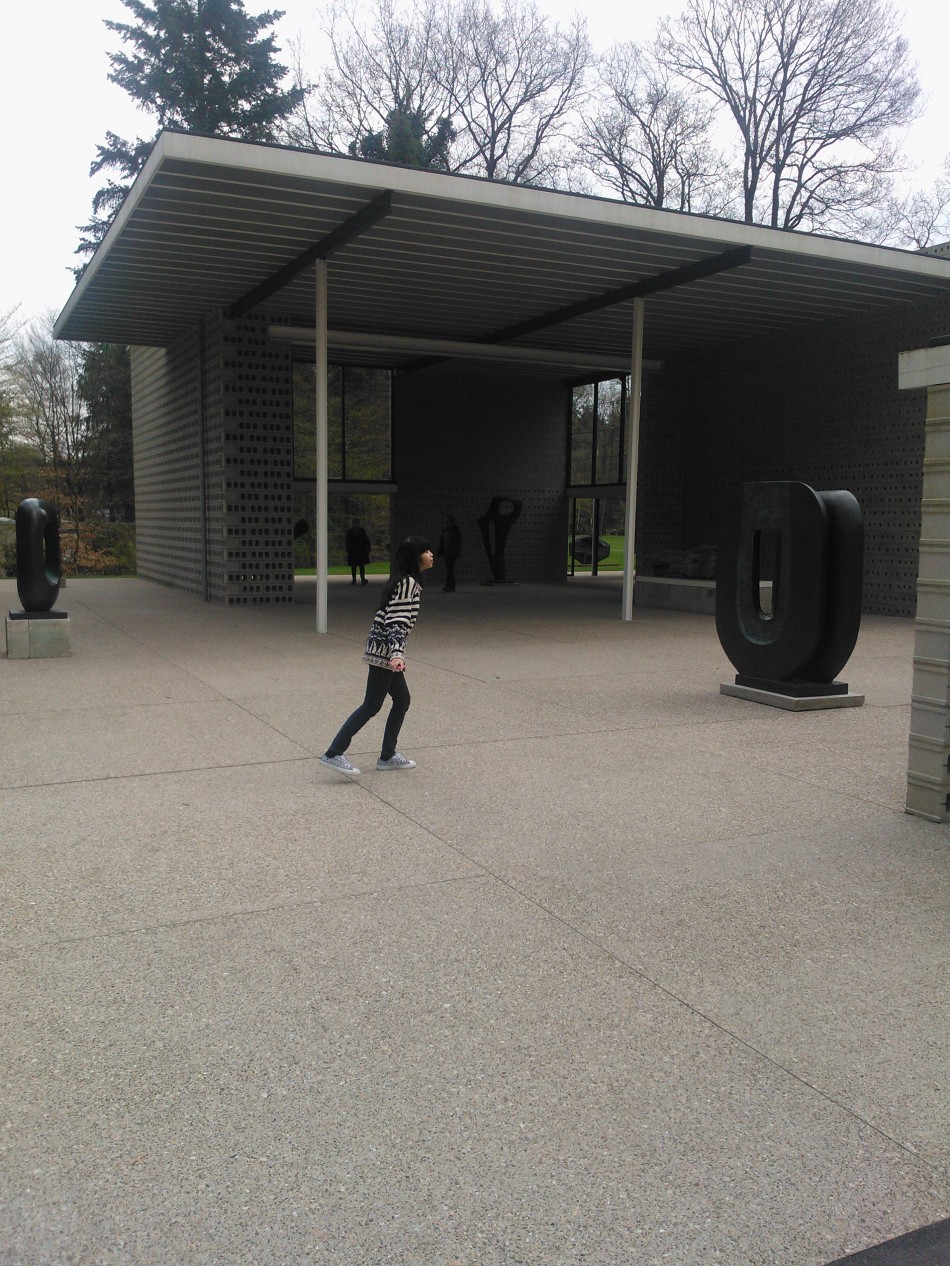 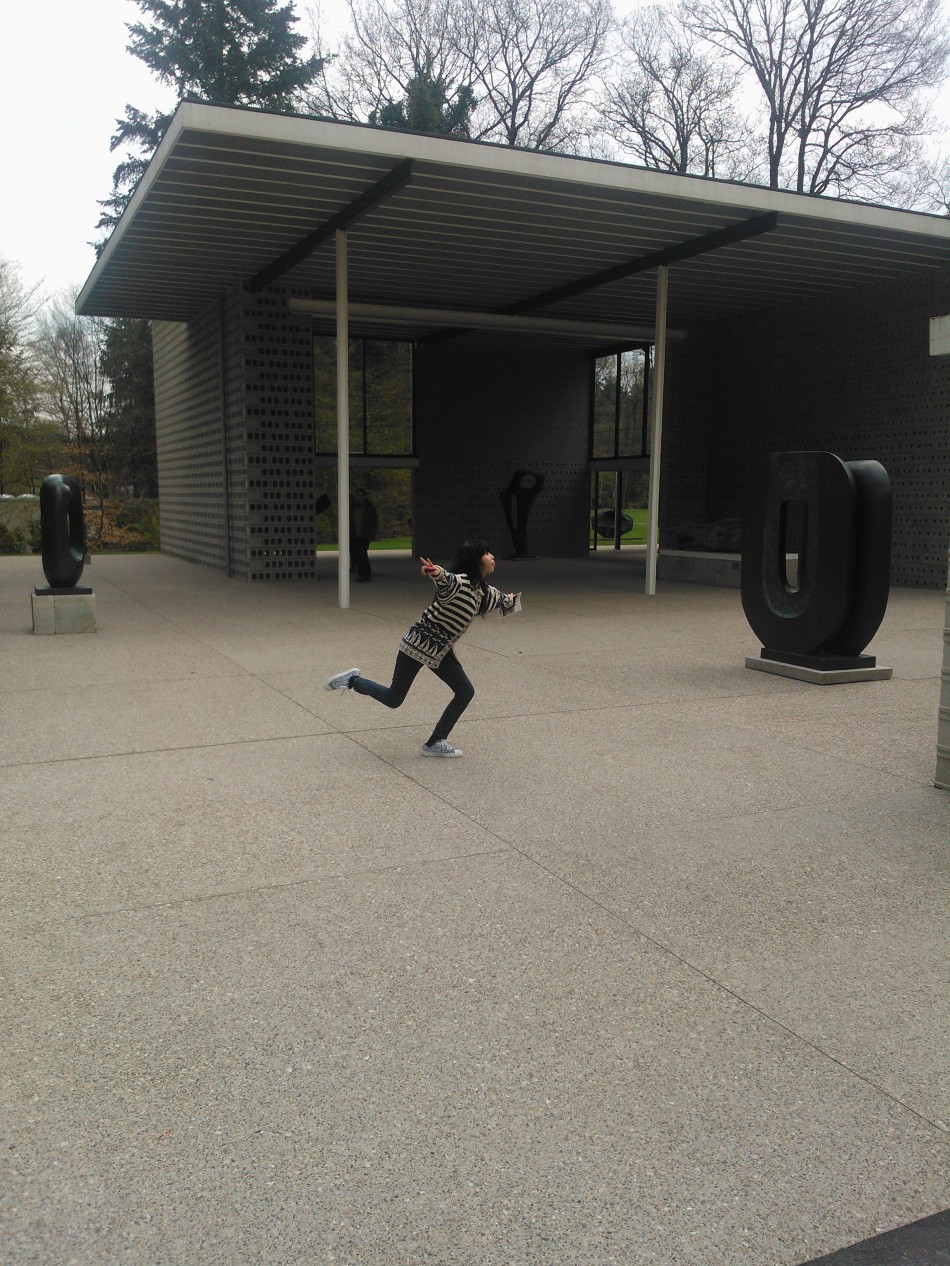 Dream Sequence 4.
Biking in the Veluwe and feeling a great big rush of freedom. Everlasting fields, as far as the eye can see. Rugged trees and mighty skies. Remembering Anne Frank’s words written on her bedroom wall: “I long to ride a bike, dance, whistle and look at the world, feel young and know that I am free.” 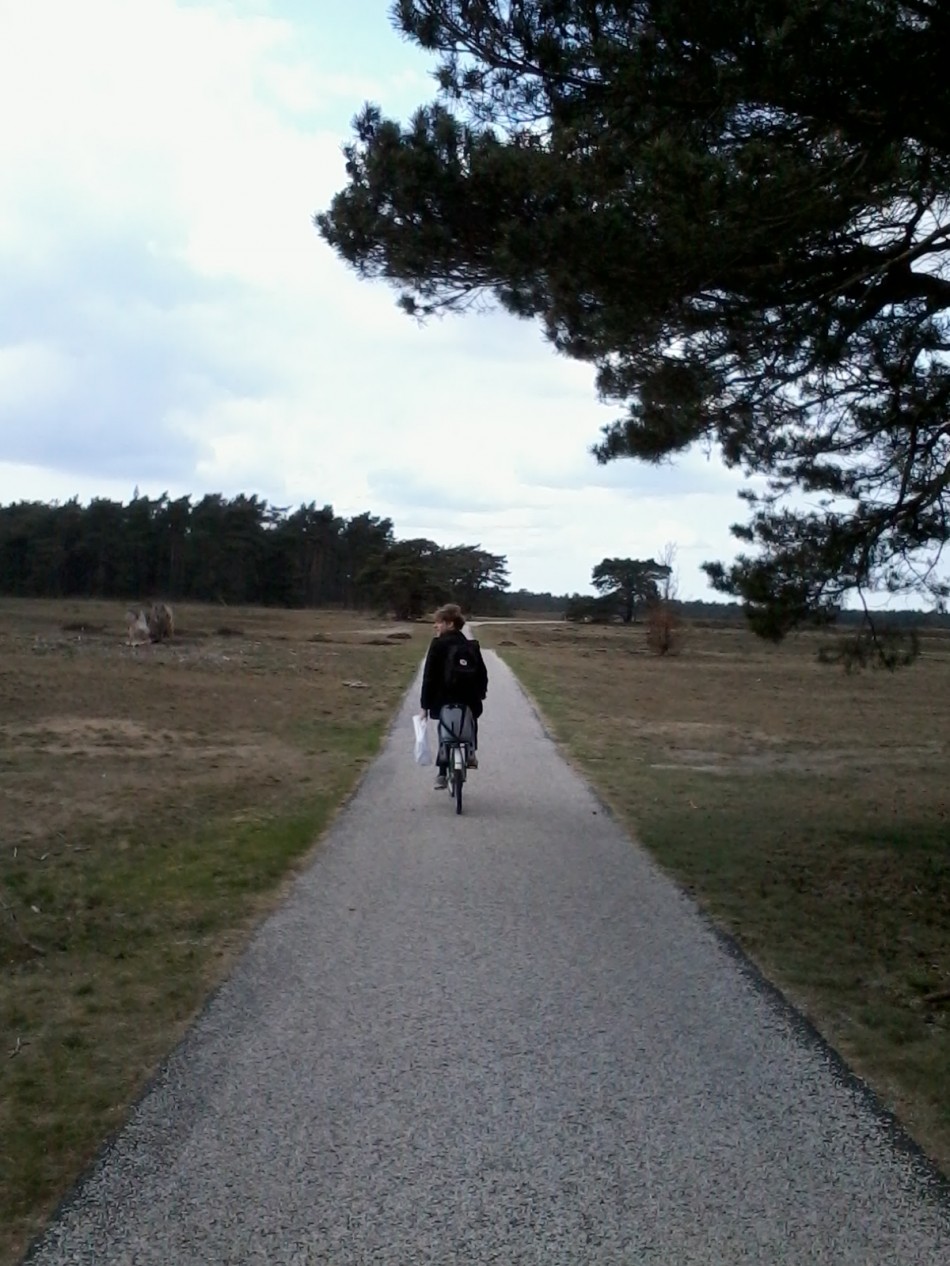 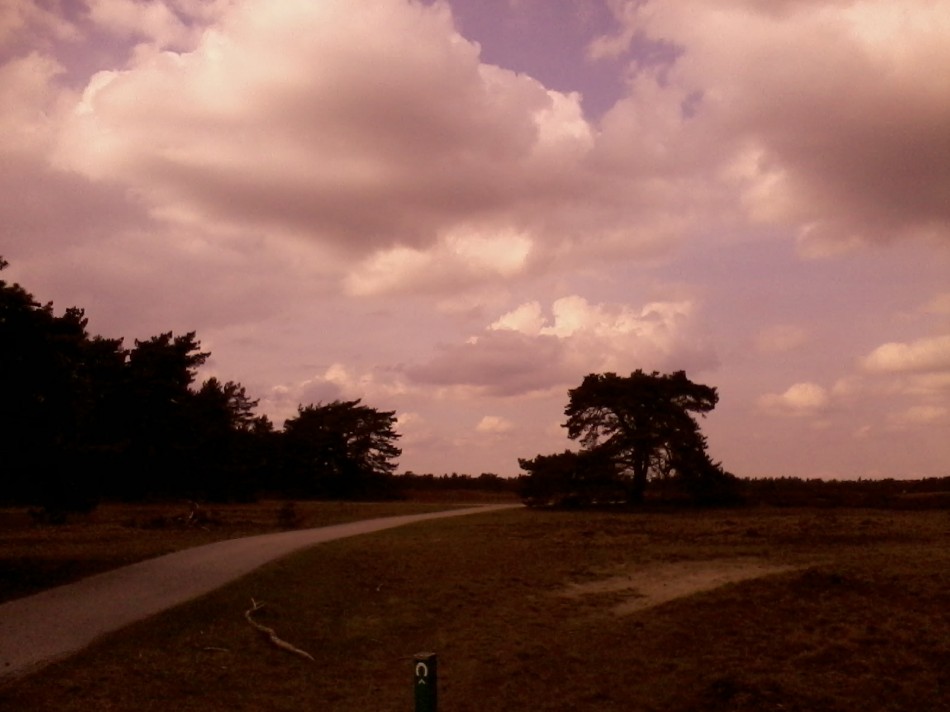 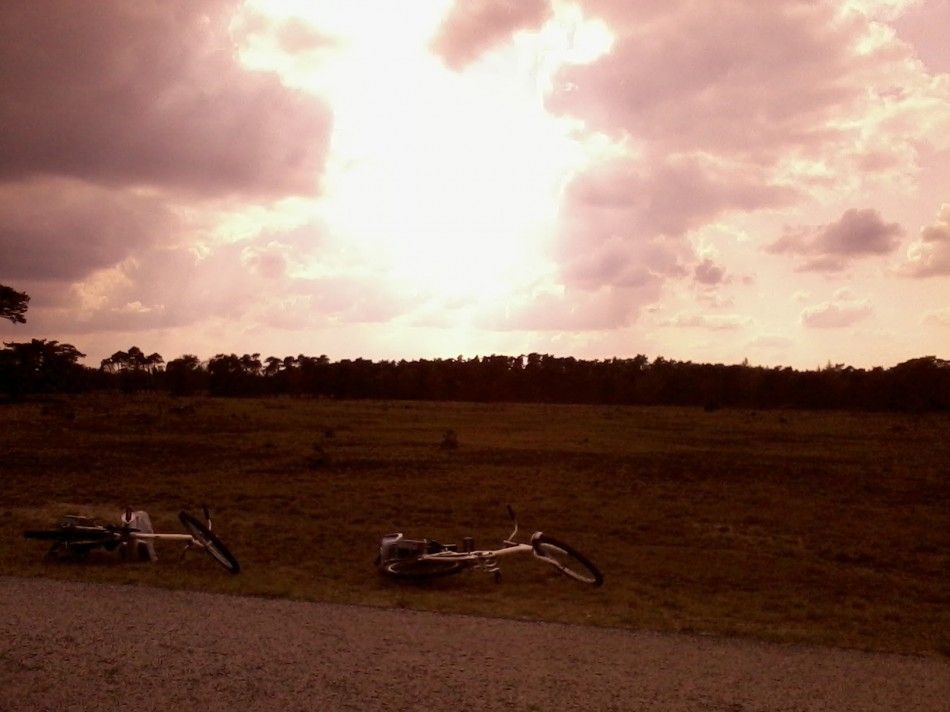 Read more about the dreamy landscape of the Veluwe, the history of the Kröller-Müllers and Arnhem as a creative city (my favorite cafe TAPE was even mentioned!) in “Wild at Heart“, an article from KLM’s inflight magazine Holland Herald.

Happy birthday to one of my dearest friends Carolina! I wish you awesome, sun-filled days like this one:

These photos were taken in Stockholm two years ago, on a sunny day spent eating free ice cream at Sergel’s Torg with one of my best friends in the world. (Coincidentally, today is Ben and Jerry’s Free Cone Day again. Cosmic!)

Here’s to fika-forevers, sweet-dealers, and friends all around you. Cheers!

Lomography // What Manila Means To Me

I’ve got an article out on Lomography’s online magazine as one of Manila’s CitySlickers! Check out the original article here, complete with photos: Manila CitySlicker Angel: What Manila Means to Me

Or read it below:

Manila CitySlicker Angel: What Manila Means to Me

The Philippines has more than 7,100 islands and countless cities and Manila is just one of them. Our CitySlickers are here to explore them with their analogue ammunition and to document their adventures through their wistful words! Here is Angel, one of Manila’s CitySlickers, and her introduction on her beloved city!

Hi everyone! I’m Angel from Manila. Well technically, I’m from Marikina, since “Manila” is actually a giant metropolis of 10 million people divided into smaller cities. And Marikina, a quiet city in the east cradled by the mountains of Antipolo and the Marikina river, is one of them. It’s the country’s shoe capital and home to the Shoe Museum where Imelda Marcos’ infamous shoes are on display. (Want to know a secret? I tried out a pair of her Chanel’s while no one was looking, we’re the same size!)

I have been living in Europe the past three years and people often ask me what it is like living in Manila. It’s always a challenge for me to describe it, because I grew up here and consider everything normal. But through these conversations, I realized some special things about the day-to-day life in the city:

For example, we don’t have a city center. It’s a mash up of cities upon cities: you can work in Makati but live in Marikina, do your shopping in Ortigas and hang out in Cubao, etc. And because of this, it usually takes a long time to get from Point A to Point B because of the traffic and the lack of an organized public transportation system. Commuting is always like an action-adventure movie sequence, where you have to survive the rip-roaring jeepneys, rattling tricycles and jam-packed MRTs.

Another thing I realized is that you can eat anywhere in Manila because eating out is cheap! We rarely cook ourselves and almost all our social activities are centered on eating. Our Christmas celebrations are huge and families and friends meet up to eat, if nothing else. I don’t know if that’s a good thing.

For me, the most special thing about Manila is the people. Gung-ho and relaxed, creative and full of life. There’s an energy here that I haven’t really seen anywhere else, a certain pulse. Life never really becomes dull here. Maybe because it is a country constantly living on the edge, a country that is continuously plagued with typhoons, natural disasters, corruption, pollution and poverty.. I guess that makes everyone here somehow tougher and at the same time always moving, developing, striving for something better. But what is extraordinary is that Filipinos are ever so positive and happy, warm and smiling despite the circumstances. As if to say “Life is good and there is always room for you.” And that’s what makes them special.

Ultimately, Manila for me are the people I love and the moments around them. The friends I had since I was a kid, my best friend’s house and trips to the beach. Manila is my favorite cousin and hanging out in the roof, watching the golden sunset and the city lights in the distance, wishing upon airplanes. Manila is my mother, riding in cars and motorcycles and finding our new favorite coffee place.

I just arrived back a couple of months ago, and found myself trying to ease into a place I know and not know at the same time.. Manila is rip-roaring and static, tough and friendly, gritty and dreamy, but always full of loving people. Maybe you’ll get to meet the city one time. Don’t forget to smile!